Are you thinking of buying a new van? Our latest post guides you through alternative fuel sources on offer when buying a commercial vehicle.

By Neil McIntee, Editor of VansA2Z in For Van Drivers. 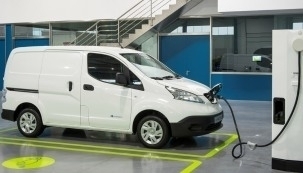 In a world where we are using up the earth's limited resources at an alarming rate, it is the duty of everyone to try and help cut down on fuel usage and the noxious emissions that inevitably result from our transport system in general.

Van fleets are coming under scrutiny nowadays as the vast majority of commercial vehicles use diesel; a fuel that is increasingly being seen as dirty, with particulate emissions being blamed for thousands of deaths each year. So, now looks a good time for van fleet operators to start exploring the use of alternative fuels.

However we can't stress strongly enough how important it is to make the right choice when looking at greener forms of transport, as getting it wrong can prove an expensive mistake.

Here we present 10 areas of concern, which you should address before making a final buying decision.

Don't be rushed into making hasty decisions because you think you ought to do something quickly. Some eco-extremists would like to ban commercial vehicles from city centres but would be the first to complain if essential goods were not readily available. Any decision you make about alternative fuels should be made in the cold light of day and only after some serious investigation into cost and other implications.

Fleet operators are business managers who have a duty to protect the firm's bottom line as well as the environment, so any rose-tinted ideas about saving the planet should be set aside. Opting for greener-fuelled vehicles must be made within the context of the amount of money that a firm has to spend.

3) Look at the figures

All sorts of figures are bandied about by the manufacturers regarding possible savings from using alternative fuels, but be wary of accepting these as gospel.

With electric vans, for example, the manufacturers claim that a vehicle will travel up to 100 miles on a full charge, but real-life experience shows that this figure is well above the actual one. And don't forget that if you run out of electricity, you can't just go to the garage with a can and get some more. Your van and its contents will be stranded on the side of the road.

4) Is electric power the way ahead?

The answer to this very much depends upon what you use your vans for. If they travel more than 70 miles or so in a day, then the answer is probably no, although electric power is totally emissions free and can prove very cost-effective for the right fleets.

The other problem with electric vans is that the off-the-shelf ones are mainly small, such as the Renault Kangoo ZE and Nissan eNV200. The only 3.5-tonner available to buy as an entity is the Iveco Daily, which will set you back around £65,000, rather ruling it for many out on cost grounds.

Watch our video to see if an electric van would be right for you.

Alternative fuels don't end at electricity, although everyone seems to be talking-up electric power at present. There are plenty of other options too and these should all be studied before a buying decision is made.

Compressed natural gas isn't available at the pumps in the UK, unlike some other European countries (notably Germany), but it's one of the cleanest fuels, coming largely from the gases emitted naturally from rubbish tips in the form of methane. A number of firms will install a pump at your premises.

Both the Iveco Daily and Mercedes-Benz Sprinter are offered in CNG variants so you can buy off-the-shelf warranted products without having to worry about getting them converted yourself.

Firms like Autogas will convert any petrol van to run on liquid petroleum gas for a cost of around £1,500 and with running costs at 10p per mile as opposed to 17p for diesel — and with CO2 down 17 per cent and NOx reduced by 20+ per cent and no particulate emissions — it makes a powerful case for itself. Payback starts coming after 20,000 miles. At 80,000 miles a van running on LPG will save £2,800 in fuel over a diesel.

8) What about petrol power?

You can't buy a 3.5-tonner with a petrol engine at present, but Ford is leading the march back to petrol with its 1.0-litre EcoBoost engine, which is now available in its smaller vans.

Petrol avoids the particulates that come from diesel fuel and if you don't do high mileages, the vans and the fuel are cheaper to buy than diesel variants. It's only at high mileages that diesel becomes the cheaper option.

It's something that has to be accepted and factored in to your calculations when deciding whether or not alternative fuel is right for your fleet.

10) Do you need alternative fuels at all?

Some telematics providers reckon that all the problems with diesel fuels could be solved in a trice if all vans were fitted with telematics to stop drivers wasting fuel. However much you try and cut down on emissions, it all depends on how heavy your drivers' right feet are when they get out of the yard.

Stick a speed limiter and a black box in the cab to cut down on driver abuse and you'll probably improve your green credentials as much as by paying a fortune for 'greener' vans that might not even be capable of carrying out the tasks you need them to do. For more information of fuel saving tips for vans visit our knowledge centre.