By Steve Sims, tax consultant and financial journalist in For Landlords. 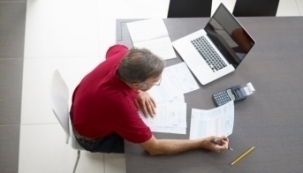 Since 6 April 2015, expat home owners now have to pay capital gains tax when selling a property in the UK.

The new measure was passed by the outgoing coalition government to bring the tax treatment of non-residents who own and make gains on property in the UK in line with that of UK residents.

Before April 6, 2015, buy-to-let investment landlords could move overseas and sell their former homes and rental properties without paying any capital gains tax (CGT), providing they stayed out of the UK for seven years.

For many, this was a popular and tax-effective way of selling investment property.

Who pays CGT under the new rules?

Now, any British expat or non-resident landlord who owns residential property in the UK must pay CGT on any gain made when they sell the property. However, some residential properties, such as care homes and purpose built student accommodation will be exempt.

The new measures will affect individual landlords with buy-to-let houses in multiple occupation (HMOs) or holiday lets in Britain, as well as expats who may have moved overseas and retained a former home here.

More complicated rules apply to homes owned under trust or by companies but you can find out more here.

Whether the home is let is irrelevant. CGT is now always due on any sale of any house or flat. So the CGT tax net also takes in non-commercial lets. These are homes where family or friends live but pay a below market value rent or live there for free.

How is the gain calculated?

The good news is the government has drawn a line under gains made before April 6, 2015. No CGT is due on any appreciation in the value of a home before that date.

Instead, home values are ‘rebased’ from April 6, 2015. This means the starting point for calculating CGT for expats is the property price on this date, not the amount you paid for it.

Expats working out their CGT should:

Rebasing effectively allows expats to dispose of property in the UK and will help them pay little or no CGT over the next year or so, as prices are unlikely to appreciate enough to outpace the annual exempt allowance (£11,100 for the 2015-16 tax year).

Remember, that under rebasing rules, a property is considered sold and repurchased on April 5, 2015, so any acquisition or improvement costs incurred before that date are included in the market valuation and are not carried forward to deduct against the disposal value.

Expats cannot claim private residence relief (PRR) and letting relief unless they qualify under the new 90 midnight rule. PRR exempts from CGT the time the owner lived in the property as their main home plus 18 months.

PRR is available if:

If an expat spends 90 midnights or more at a home in the UK, they may be deemed tax resident by HM Revenue & Customs (HMRC) under the statutory residence test.

This could make their worldwide gains and income subject to tax in the UK, so the tax benefits of claiming PRR need to be weighed carefully against the financial implications of doing so.

Expats can claim the CGT annual exempt allowance and offset other reliefs, such as the cost of disposing of the home, any improvement costs and the costs of defending the title incurred after April 5, 2015.

Generally, the tax is paid within 30 days of completion of the sale in a similar way to paying stamp duty on a purchase.

You should contact HMRC to report the disposal and you will receive an email telling you when and how to pay any CGT due.

CGT information for expats and non-residents on the HMRC web site, including a worked example.